Stoicism is made up of several core axioms.  Among them is the idea that the universe is conscious and providential.  I’ve argued for the traditional perspective of the conscious cosmos before, and today I’d  like to examine the idea of Fate a bit more. 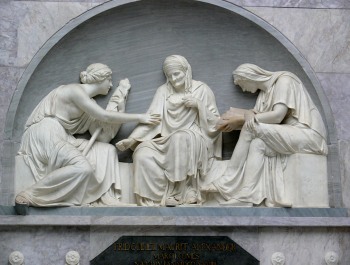 Classically, Fate can be understood in a variety of ways.

Today, the concept of Fate is out of favor… sort of.  The common western perspective is that we live in a mechanistic universe where specific causes yield  specific effects.  Common sense supports this, if I push a glass off the edge of the counter, it will fall to the ground unless stopped.  Several causes are involved.

Causal determinism is form of Fate, albeit a very mild one.  There is a Non-Stoic chreia about Fate that I quite like:

A rich and mighty Persian was walking in his garden with one of his servants. The servant cried that he had just encountered Death, who had threatened him. He begged his master to give him his fastest horse so that he could make haste and flee to Teheran, which he could reach that same evening. The master consented and the servant galloped off on the horse. On returning to his house the master himself met Death, and questioned him,
“Why did you terrify and threaten my servant?” he asked.
“I did not threaten him; I only showed surprise in still finding him here when I planned to meet him tonight in Teheran,” said Death. 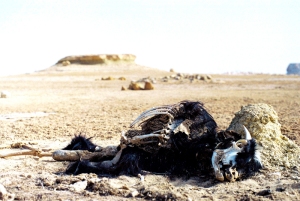 In Stoic terminology, the glass and the Persian servant both have Fates, but they are co-fated with several causes.  In the case of the glass, if all of these are present except ‘me the pusher’ the glass is fated to rest on the counter top.  If ‘me the pusher’ is present, and I do so, it is fated to fall.

Additionally, since for the Stoics we have the idea of causa sui, with the rational creature as a ’cause of itself’ we can see something like Conditional Probability in Stoic theory as well.

Personally, I rather like the utility of the mental model of Fate as a challenge or test:  the idea that an unending chain of causes going back to the beginning of the cosmos has been brought about for this particular instance for me to show virtue.  This seems more useful to me on a day by day basis.

My point being, there is a modern trend to cut away seemingly anachronistic parts of traditional Stoicism, but as I continue to argue, the traditional perspective is not usually opposed to the modern one.  How much of what we believe today has parallel, albeit in romantic or poetic language, in the theory and cosmology of the classical Stoics?

I would heartily suggest that one reinterprets those parts of Stoicism which they may have discarded, in favor of this view.  Instead of asking what we can cut away, let us ask, how much of this can we keep?