I wasn’t intending on writing this review for some time.  My plan was to read the Daily Stoic reader, and use the journal for the better part of a year before making a review.  I’m most of the way through January, however, and I believe I have enough of a feel for the two books to review them adequately. 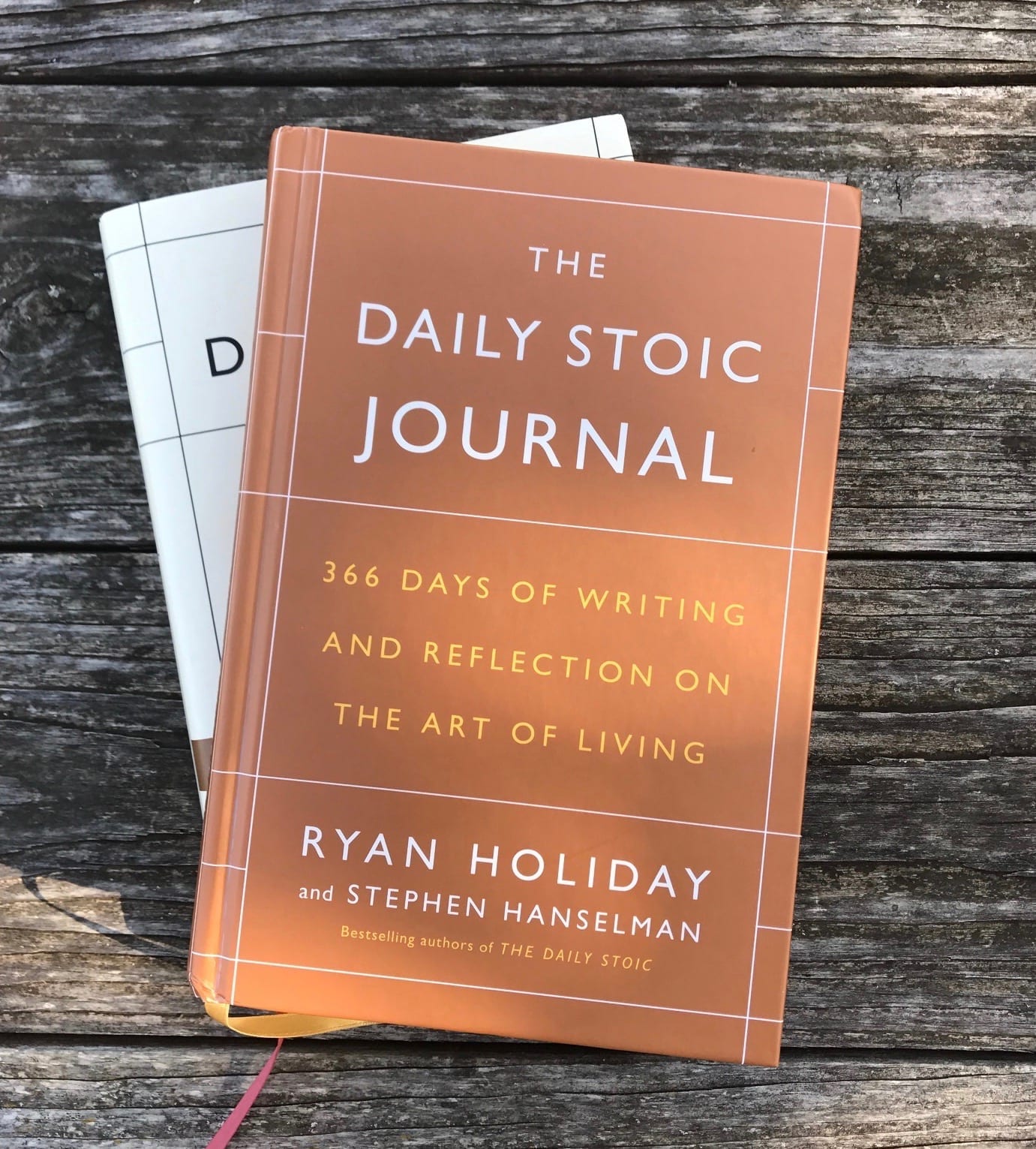 I liked that the journal meshed with the daily reader, that’s a nice touch.  The journal is three prompts and a short space to write what you’d like related broadly to the reading for the day.  It was a little disappointing that each day is mostly just a re-hash of the previous days.  I was expecting some else, but it is what it is.

For the Daily Reader itself, I cannot any longer recommend it.  I had previously described some of these style books as fine introductions, the shallow end of the Stoic swimming pool.  However, in reading through the Daily Reader, there are recurring … misinterpretations of core Stoic doctrines.  Most of these are fine business practices and mindsets for the self-help go-getter.  But Stoic positions, they ain’t.

I’ll be removing the Daily Stoic from my list of Stoic Books, which wasn’t something I was really ever imagining I’d do.

I don’t wish the author any ill well, or anything like that.  But it seems to me as if when his work adopted the Daily Stoic brand, it jumped a shark.  These works are not Stoic works, they are business oriented self-help and mindset training programs.  As such, I do not recommend them to the practicing Stoic.

STOICISM AND THE STATEHOUSE
Pat McGeehan.​

A friend of mine, and legislator in the West Virginia House of Delegates has written a book on Stoicism in public life.  Unlike the Garden of the Epicureans, the Stoa advised its proponents to take an active role in the polis.  Pat’s political perspective comes through often in the book, as one would expect of a work of this nature.

Stoicism and the Statehouse starts off with a meeting that I’m incredibly envious of, a meeting with VADM James Stockdale, USN, Ret.  Pat’s appreciation of Stoicism is colored heavily by his and his family’s military service and sacrifices.  James Stockdale is amazing model for modern Stoics, especially those who are in public service such representative government, military, law enforcement, etc.  As an aside, for those interested in Stockdale, here are two PDF files of some of his work which are available without cost to the reader.  [Link 1, Link 2, ].  Also, his book, Thoughts of a Philosophical Fighter Pilot is available from Amazon.

The middle half of Stoicism and the Statehouse, is the life of Cato the Younger, retold. It seems clear that Cato is a role model for Pat, and that the life of the eminent Stoic philosopher and public servant has featured heavily in Pat’s own legislative career.  This section does a good job at hitting the high points of the life of Cato, and mirrors well the retelling in Plutarch. For those who are unfamiliar with Cato, this is a useful section.

The last third of the book is a distillation of stoic lessons from Epictetus, Musonius, and Marcus which Pat relates to the job and obligations of a legislator.  This is really the crux of the book, in my opinion, and its main strength.  There are many places to get hagiographies of great figures, and the nuts and bolts of Stoicism.  Accounts and lessons of daily Stoic practice are a bit thin on the ground.

Often times, we see Stoicism discussed in broad generalities, and we do not always see it discussed in the nitty-gritty details everyday life. While the specifics of a legislator’s day may not mirror everyone’s, many of the same challenges will be familiar.  The topics range from finding one’s first principles and sticking to them, avoiding quid pro quo, keeping firmly to the modes and decisions for eventual long-term goals, to being ready to accept (with Cynic shamelessness) the critiques of others which are invalid philosophically.

The reader, now been familiar with some of Cato’s life, sees how his habit of walking barefoot, wearing a lowly philosopher’s cloak, standing up and speaking truth to power, all bear relation to the teachings of the Stoa on their way to the individual lives of practitioners.

I will note that I disagree with a few word choices and translations, and there’s a claim or two that I’ve never seen made elsewhere.  But overall I can’t think of any other book on Stoicism which has quite the same focus as this one, and I hope that is the beginning of a trend..  Hearing the stories of contemporary Stoics who are engaged in the activities of modern life and are endeavoring to maintain philosophical equilibrium is something that we have not seen too much of other than in Stockdale’s writings, aside from a few marketers and business folks.

The horrors of a prisoner-of-war camp seemed almost cinematically hyperbolic when compared to the frustrations of the modern workplace, the obligations and roles of modern social life.  In many ways, these nearly superhuman feats of the soul like Stockdale’s can feel as distant to us as the lives of the Hellenistic philosophers themselves do.  It’s hard to grok the trials and struggles that those who came before us have endured.  Yet, it’s these most extreme cases where Stoic practice seems like it’s needed the most.  We do not get there without applying it in the small, daily cases, however.  Which is why books such as this are important.

In Pat’s book, we see such focus on philosophy in practice for a modern context.  It’s an interesting perspective on the practice of philosophy that may not be readily apparent to most modern practitioners, but it’s decidedly in the historical vein of the School. The Stoics have been the Muse behind many political and philosophical figures in history, and to see that legacy carried forward in the 21st century is appreciated.  Marcus notes that it’s possible to live well even in a palace.  Living well in the legislature seems an even greater challenge.

While certainly not a survey text for newcomers, and avoiding to get lost in the weeds of Stoic physics, theology, and the other ancillary details that I tend to be interested in: this book is an interesting vignette on ethics and practice in the modern polis.

You can get it here, from Amazon.com, if this is an area which interests you.