I recently read “Unto this last” by John Ruskin. It was written in 1860, and its modern facet of note is that it was influential in the life of Gandhi. I found the piece very interesting. Although the author’s critique of the science of economics is entirely couched in the time in which it was written (critiques answered by the Austrian and Chicago schools, to my mind), what interested me was the underpinning of justice in the piece. 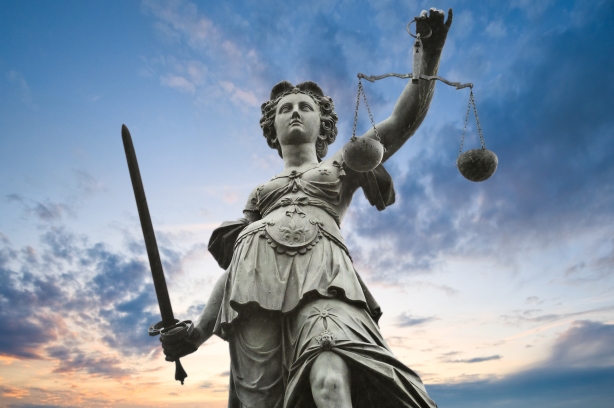 Now, that author’s and my own understanding of (in this instance) economic justice are fairly different, but the spirit of the piece resonated with me, even if many of his arguments were not to me convincing.

One of the arguments which I found most interesting was Ruskin’s statement that while individuals are not always very good at (in my words) predicting secondary, tertiary, (and beyond) tier consequences of their actions, they are pretty good at noting what is just or unjust in their immediate decisions.  This is of importance to Stoics, as we will touch on later.

Someone may disagree with this statement, but I think the observation that the decisions which are often reduced (as the modern perspective is wont to be reductionist) to simple economic transactions, instead carry a more complex moral component is one which is worth investigating.

As the lens which I generally view the world is shaped by a few core assumptions or ideologies (Stoicism being one of them, and lately the foremost), I immediately began to rephrase the points in our own way. προαίρεσις, the moral will, is a core facet of the Stoic conception of humankind. Indeed, it might even be the thing that, were we able to ask, Epictetus could label “the self.”

This moral component, which I will take for granted for the sake of Mr. Ruskins argument that it is lacking in the economic science of his day, is present in some of the current schools of thought. While his argument relies heavily on the labor theory of value (I find Austrian Subjective Theory of Value much more compelling), it’s not entirely germane to my purposes here, and so we’ll leave it be. Stoics of all stripes would, I believe, immediately begin nodding their heads when the topic of moral decision making is brought up in relation to the mundane aspects of our lives, even the economic transactions which punctuate most of modernity.

Ruskin’s point, that while we cannot always predict well the consequences of our actions, that we’re aware of the dimension related to justice if we will it in fact dovetails very well with the Stoic perspective.

One my teachers, Erik Wiegardt, said to me once, “[The Stoic Sage] is right even when he’s wrong.” When I first heard this, a part of me bristled. A common reaction among προκόπτωντες when our preconceived notions are challenged. This little tidbit rattled around my head for close to a year before enough other things worked their way in to synthesize some new understanding.

Utilitarianism, consequentialism, the “ends justify the means” thinking is ubiquitous in the modern western culture. To think differently, that rather than the results of an action, but the intent behind it, being the operative component requires an adjustment for most.

The Stoic Sage is not omnipotent, omniscient, omnipresent, or any of the other ‘omnis’ that the west has been taught are the hallmarks of divinity for the past two thousand years. The Sage is a human. As such, she can make errors of fact, but she is unable to make errors of a moral component or of will any longer, having achieved a state of wisdom. Even when she’s “wrong” she is acting with moral uprightness, and her intent is correct. This is my current understanding of Erik’s distillation of the seeming paradox of Stoic Sagacity.

In weighing Ruskin’s argument against my internal Stoic scale, I came across many things which resonated as true. Many as false, as well. But the underlying observation that the common person, whether by nature or nurture, is well-suited to making moral choices in their daily life, and by this metric and not by an economic one, is the height of human progress rightly tallied seems like something Stoics can agree with.

I very much enjoyed this piece (I would encourage of course, a dissenting opinion on his interpretation of economics, however), and I would recommend it to you as excellent food for thought. 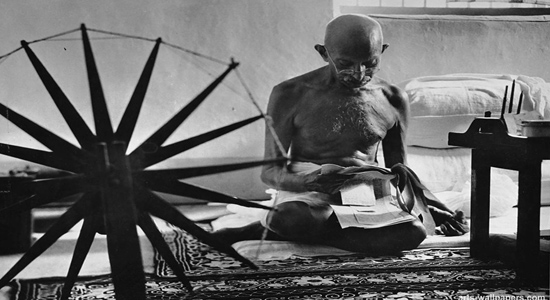 This piece swayed a young Gandhi in South Africa from the path set before him to one which through poverty and ascetic discipline changed the course of billions of lives. No small thing, that.

“Note, finally, that all effectual advancement towards this
true felicity of the human race must be by individual, not public
effort. Certain general measures may aid, certain revised laws
guide, such advancement; but the measure and law which have first
to be determined are those of each man’s home. We continually
hear it recommended by sagacious people to complaining neighbours
(usually less well placed in the world than themselves), that
they should “remain content in the station in which Providence
has placed them.” There are perhaps some circumstances of life in
which Providence has no intention that people should be content.
Nevertheless, the maxim is on the whole a good one; but it is
peculiarly for home use. That your neighbour should, or should
not, remain content with his position, is not your business; but
it is very much your business to remain content with your own.”

2 thoughts on “On ends and justice, and Gandhi’s Fate”