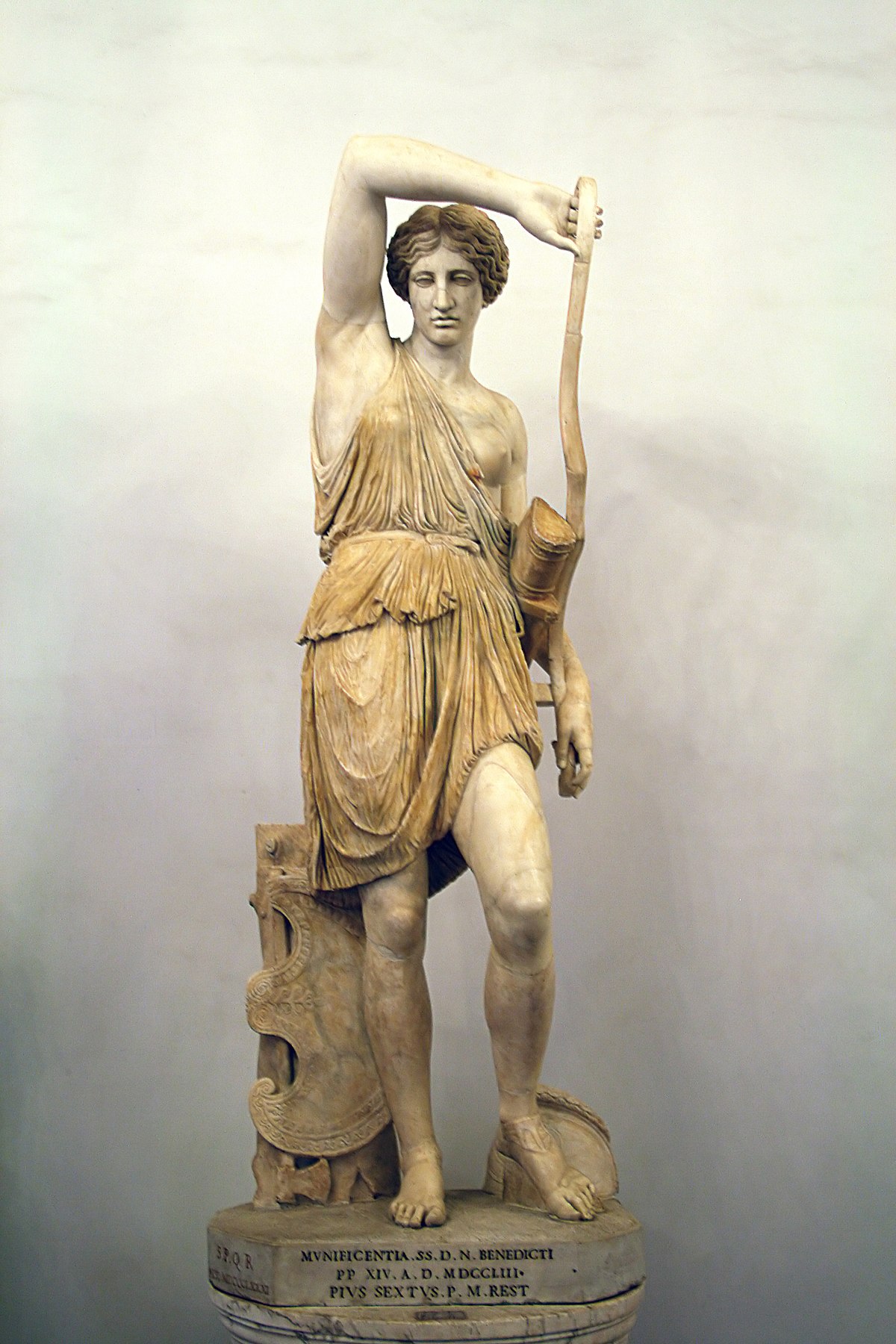 A Greek Amazon, probably not what Marcus meant by “womanish.”

Two things are of note that I wish to discuss for this reading.  One is philological, and the other is theological.  The first one is this word which Staniforth translates as “womanish” in this section.

“… whereas sins of desire, in which pleasure predominates, indicate a more self-indulgent and womanish disposition.”

In other texts, when I’ve seen words in English translated this way, a better translation is often ‘soft.’  So I went looking for the Greek, the native language of the Meditations.

θηλύτερος is the word used.  It can be used to mean soft or malleable, but is more specifically related to “of the female sex,” feminine, or effeminate.  So… Marcus does indeed seem to mean what Staniforth says he does.  We often see this sort of language in classic philosophical texts, a sign of the times.  Too bad Marcus never met Hipparchia, eh?

We have the benefit of many translators, but it is also nice to be able look at the texts ourselves and compare.  You don’t have to have a perfect familiarity with Greek to do this, surely I do not.  If you know the alphabet, some core roots/stems, and have some resources like the Greek Word Study Tool, you’ll do all right.

The second point I’d like to draw attention to is simply a refutation of the incorrect interpretation which I see bandied about by popularizes and their readers frequently.  I typically see folks saying that Marcus’ disjunction “providence or atoms” is an admission of doubt or agnosticism regarding the Stoic conception of providence (Gr: πρόνοια).  You may come away with this idea if you haven’t read the rest of the work, or if you an axe to grind.

Let’s settle that, though.

“But if there are no gods, or if they have no concern with mortal affairs, what is life to me, in a word devoid of gods or devoid of Providence?  Gods, however, do exist, and do concern themselves with the world of men.”

If I’m honest, I’m not sure I believe as Marcus does, but we can at least stop misrepresenting the man’s ideas.  Marcus frequently poses rhetorical questions to himself, not because the answer is in doubt, but because regardless of the answer’s truth-value, he understands that living in the Stoic way is best.

In this specific case, however, even that is not in doubt.  He knows the answer for himself.