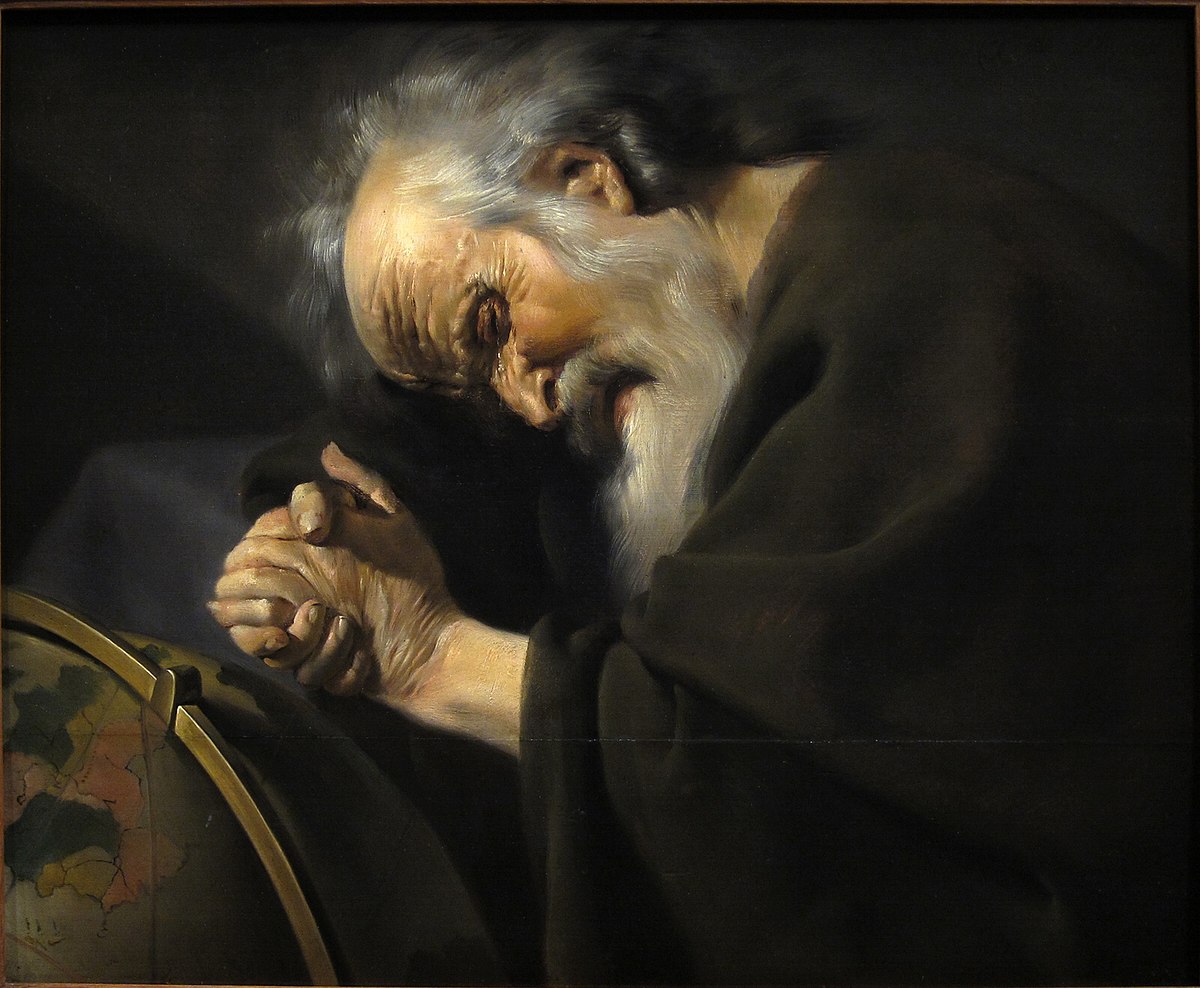 We have two topics today, both dealing with speculation and the color of our thoughts. In the first, Marcus lists some of the paragons of the mind on classical antiquity: Hippocrates, Heraclitus, et al. Despite how these contributed to the social weal, they passed away. There’s a tinge of irony here, in some of these deaths as well: the manner or context of their dying contrasted with the focus of their study, or speculation.  Marcus is using this a meditation on death and on meaning.  We might spend a significant portion of our time speculating on (for his concern and ours) virtue, yet the sand continues to trickle through the hour glass, and we have no idea how much is left.

Heraclitus’ work has only come down to us as a series of fragments, and indirectly as the underpinning for Stoic physics.  If you are not familiar with these, I would recommend them to you.  It’s a refreshing change pace, and for me personally seems to speak to the parts of the mind that respond to symbol and allegory.  It has a sort of Zen or Daoist feel to it which I can appreciate.

The second topic today is a bit more practical, and speaks to the quality of our own thoughts. Impressions are presented to the mind’s ruling faculty without effort or control. How we handle those, however, is within our control. This recurring theme in Stoic practice: internal dialogue, is how we process and handle our internal environment. The phrase “a rich internal life” is often used, and this is one window into that. Most of the time, if I’m not consciously working on monitoring my thoughts, the internal dialogue seems to go of its own volition, like a program, running through subroutines and programs that I’ve encoded through decades of judgments.

We must remember, however, that our emotions are (either) the result of judgments or judgments themselves.  I’m inclined to the former interpretation.  So monitoring this stream, and making changes there, is incredibly important.  Eking out the tiny bit of time between an impression and the result of a faulty judgment is difficult, but it’s way easier in my opinion than correcting a false assent and turning that emotion around.

Marcus is discussing this, albeit from the other end, focusing on what the end should be.  The test he implements is, “if anyone were to ask what we are thinking, that we could respond immediately and honestly.” This is interesting. I suspect many people, myself included, would not always pass this test well.

Epictetus, and thus we can assume Marcus, thought very highly of (true) Cynics, even going so far as to hold Diogenes of Sinope up as a possible example of a Sage.  Cynicism is the motherschool to Stoicism: Zeno of Citium studied under Crates the Cynic (amongst others), who studied under Diogenes.  Diogenes is likely to have studied under Antisthenes (this is debated somewhat), who was a direct associate of Socrates.  So not only do we get many of the core tenets and practices, but our Socratic lineage as well comes via the Dog.  Lately, I’ve been reading a good bit on classical Cynicism, I have to books from Luis Navia sitting on my desk here right now.  One of the core positions of Cynicism, which Stoicism inherited in some form, we can see repeated in Marcus’ test above. 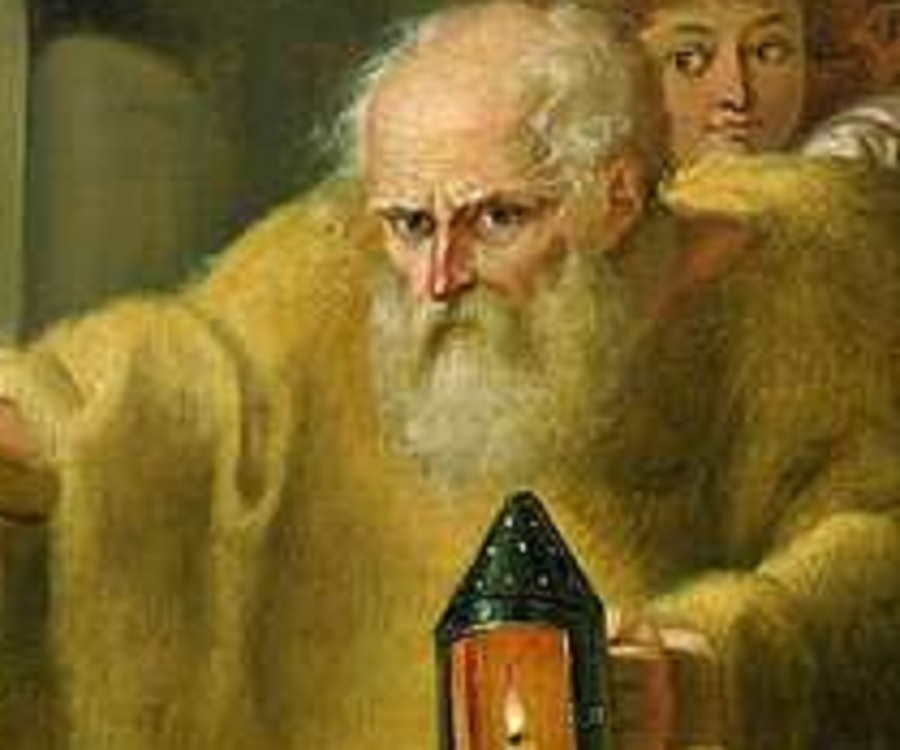 One of the traits (we may go even so far as to say virtues) of the Cynic is shamelessness or ἀναίδεια in the Greek.  Although Diogenes was held in relatively high esteem by the early Christian church, they drew a line here, generally, and didn’t think overly well of the practice.  Diogenes’ line of reasoning is, that anything which is in accordance with nature cannot be evil (the Stoics would agree), and anything which isn’t evil has no need to be hidden.  Ah, we see here the seeds of Marcus’ reasoning then, too!

Although for Diogenes and his peculiar sort of public ministry, this meant living, sleeping, eating, and “doing the work of Artemis and Demeter” in the public view; Marcus takes this from a practical standpoint and applies it in a more speculative way.  Rather, he uses it as a thought experiment.  “Were all of these things that I hide away visible to all, would I feel shame about them?”

You may not need to live outside in a box at your local farmer’s market, but if all those people did have a peek into your life, how would you feel?  Would you feel some pride in yourself, neutral, or maybe shamed?  The Cynic takes this as an empirical one:  she tests it out, and let’s the shame fall away from those things in accordance with nature and ceases to do those which are not.  The Stoic has some more wiggle room, and can imagine the result and change accordingly.  Although, even Seneca suggests periodic dips (Letter 18, 508) into the more extreme methods of the Cynics, it’s worth remembering:

“Let the pallet be a real one, and the coarse cloak; let the bread be hard and grimy. Endure all this for three or four days at a time, sometimes for more, so that it may be a test of yourself instead of a mere hobby. Then, I assure you, my dear Lucilius, you will leap for joy when filled with a pennyworth of food, and you will understand that a man’s peace of mind does not depend upon Fortune; for, even when angry she grants enough for our needs.”

To return to what is shameful, It is interesting that we intuitively know what things we do (or would) hide away.  You can see toddler will hide, lie, and do other things which are to their advantage.  Yet they show no concern for their body functions, modes of dress or eating, etc.  They do not hide what is natural, but are very quick to learn to hide what may be immoral.

As adults, some of what we cloister away is for modesty’s sake or social expectations for our time and place (not a concern for a Diogenes), but others for rightfully acquired shame.  It’s this second class that we can work on, and it’s this which Marcus is setting up for himself. We can take the Cynic ἀναίδεια in a Stoic fashion.  We can change or remove those behaviors and thoughts that would lead to a rightful feeling of shame, correct them before they work their way out into speech and deed.   Which of our thoughts would rightfully feel shameful about?  These are the things to work on.

This then is a lesson from the Tub that Marcus and we can benefit from.  Maybe we can work on being the true or honest person Diogenes looks for with his lamp?

If you’ve found some value in the posts here, I humbly request you consider supporting the blog on Patreon.  Thank you for your readership.