One of the things that came across to me today in the readings is the urgency Marcus feels for progress.  I understand that on a deep level.  It is both motivating and slightly disturbing to add up the years which have gone by, and compare them to the likely number ahead (knowing these aren’t guaranteed in the slightest).

I’m reminded of the drowning man metaphor in Cicero:

“For just as a drowning man is no more able to breathe if he be not far from the surface of the water, so that he might at any moment emerge, than if he were actually at the bottom already … similarly a man that has made some progress towards the state of virtue is none the less in misery than he that has made no progress at all.” 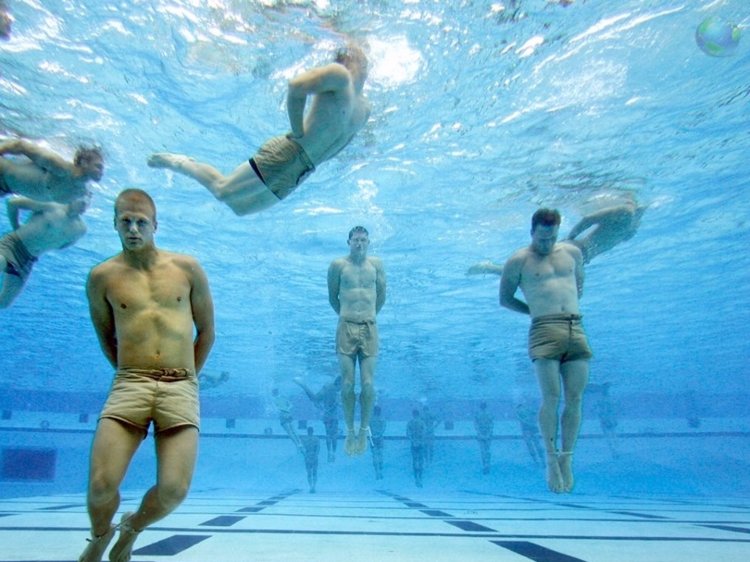 I’m reminded of this for two reasons, one being that the Stoics denied intermediary states between virtue and vice, thus the depth of the water to the man is in irrelevant: he’s drowning regardless.  But also in a way I don’t think I’ve seen anyone express before.

I’m not sure if this is a game children play everywhere, so this may not be as widely understood as I hope.  I’ll try to be particularly descriptive just in case.  Here in Appalachia we have a good many underground tunnels on interstates and highways, some of them quite long.  There’s a decent sized one, for instance, coming into Pittsburgh PA on 376, The Fort Pitt Tunnel.

As a kid, and if I’m honest often as an adult, we’d play a game to see who could hold their breath for the entirety of the tunnel as passengers in the car.  The mind knows it can breath at any time, you just have to give up and lose.  You also know that you’re not really in any danger.  Nevertheless, about 2/3 of the way through, an existential panic creeps in.  The muscles around the ribs burn with the effort of stillness.  A pressure builds in the head.  You can trick this a little by exhaling slightly, in little controlled puffs and not inhaling.  Tricking the system into thinking it’s breathing again.  But this only buys you an extra couple of seconds.  If you’re here, you’re already close to your breaking point.  If you can’t make out features at the end of the tunnel, and you’re puffing out, you’re not going to make it.

The need to breathe, the fear of suffocation is an ingrained and deep sort of response.  For those who are more than dabbling in philosophy, I think the urgency that is felt is akin to this:  we see that we’re drowning, we know it.  We also know, like the children in the tunnel, that failure or success is up to us.  That drive towards progress, then that Marcus notes, has something much closer to the experience of the actively drowning man than the conclusion might promise, in either direction.  It’s that edge-of-panic need to ease the problem.

In my experience, once a certain difficult-to-articulate-amount of progress has been achieved, even this desire for progress itself is tampered.  But, backsliding is always possible.  So possible.

“When you relax your attention for a while, do not fancy you will recover it whenever you please; but remember this, that because of your fault of today your affairs must necessarily be in a worse condition in future occasions.”

In my own experience, this is extremely accurate.  In some ways, the backslide feels like you’re even worse off than when you began.  Typically, the drowning metaphor of Cicero is seen as depressing, it is about drowning, afterall.  Whether you’re an inch away from the surface or 100 feet down doesn’t matter, drowned is drowned.  That might be depressing if you’re the one who’s an inch down.  But if you’re 100 feet down, it’s less so.  In fact it may even be empowering.

Progress is progress, and there’s one way direction to go.

“The impediment to action advances action. What stands in the way becomes the way.”